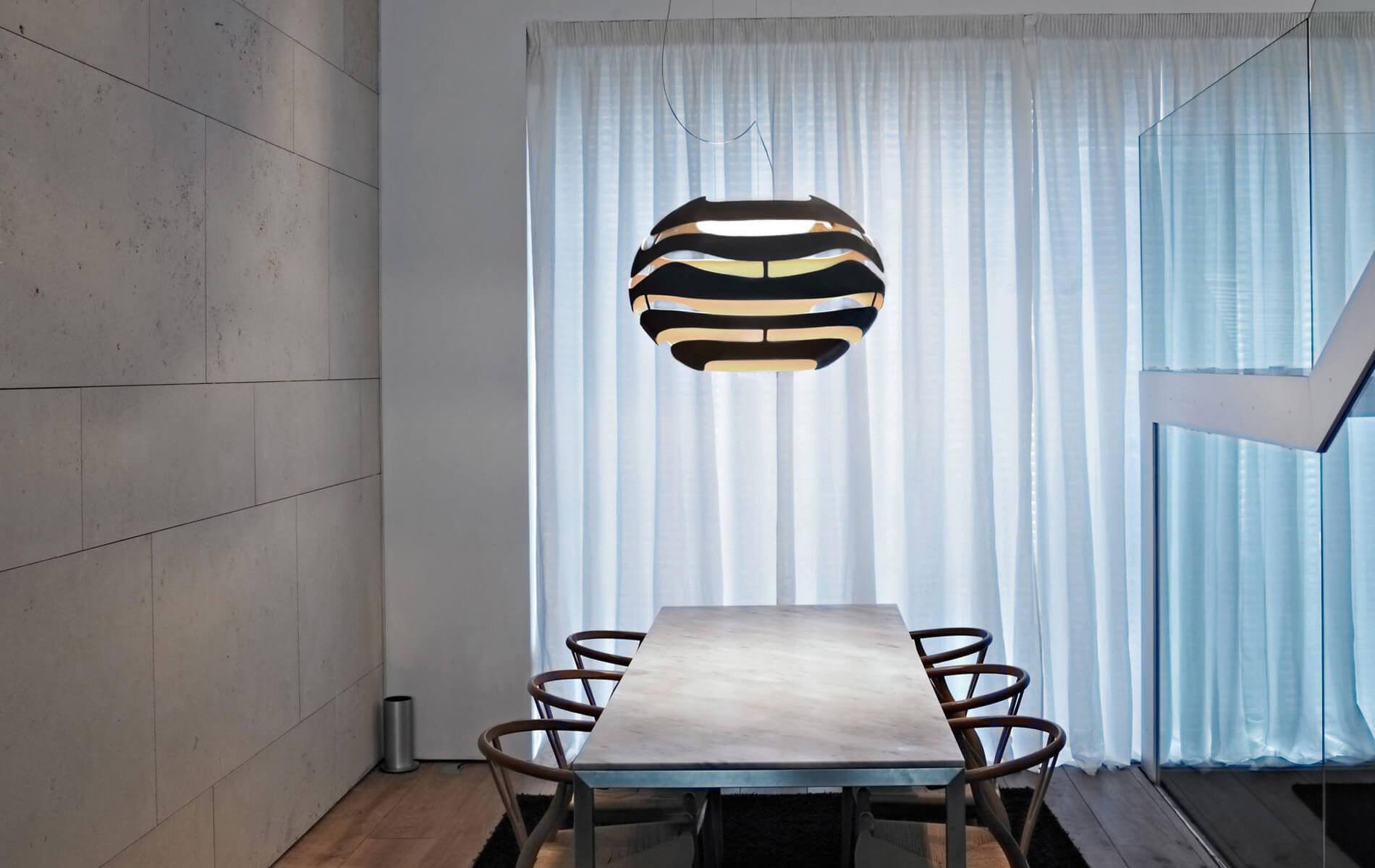 The B.Lux Group was born in 1980 in Vizcaya under the name of Belux. 1989 was when they changed their name to B.Lux and moved to Gizaburuaga where they still remain today. More Information

VEROCA 2 ceiling lamp designed by Miguel Ángel Ciganda for the...

LOLA table lamp designed by David Abad and manufactured by the...

In 1987, the collaboration with designer Jorge Pensi was born, which gave the company an international boost with the appearance of the first polished aluminium luminaires on the market: Regina and Olympia. This moment was crucial as it marked a very specific type of product that the manufacturer would later be recognised by and that would serve as an axis for the future.

Throughout its history, B.Lux has established itself as one of the most prestigious lighting brands due to its collaborations with the most highly renowned designers, having worked with Guillermo Capdevilla since the 80s, thanks to whom the Belox System emerged, or a more recent example would be David Abad’s Lap Bench with light, which won an iF Design Award in 2015.

The enthusiasm it shows in trying to satisfy its customers’ needs, by strengthening ties with them through a well-maintained national and international distribution network, has led them to be present in more than 60 countries. Unlike other design editors, they have their own production plant to help them with this task.

B.Lux is focused on solving the lighting needs of humans and thus improving the quality of life of its customers, committing to innovation in order to look forward to a better and more sustainable future.

To talk about the B.Lux group is to talk about ecology, sustainability and being human-oriented. At B.Lux, they are committed to gender parity, to recycling the waste produced during the manufacturing process, as well as to generating wealth in the environment in which they operate. 90% of their raw materials come from Spain and their wood comes from controlled forests that meet the sustainability criteria established by the PEFC.