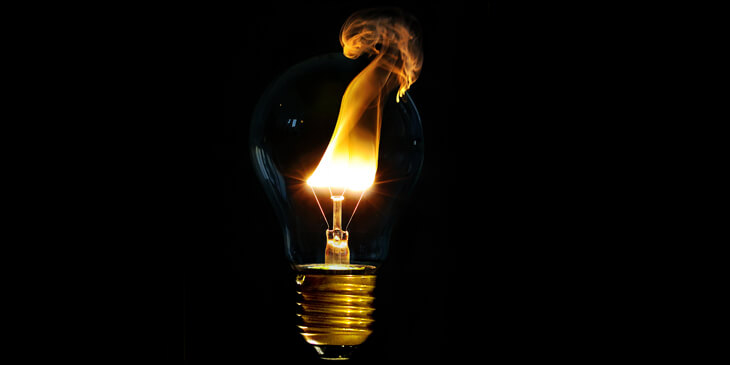 LED bulbs are here to stay, we can already say that they are the present and future in the world of lighting.

What advantages do LED bulbs offer?

The main advantage of LED bulbs is that they last much longer than traditional halogen or energy-saving bulbs, they can live for up to 50,000 hours! Crazy if we compare it to the 8,000 hours of energy-saving light bulbs or the 4,000 hours of a halogen bulb.

Note: the old incandescent bulbs have begun to be withdrawn from the market progressively since 2009.

Despite this increase in the lifespan, it is possible that our LED bulb will end up burning out earlier than expected. What a disappointment, right?

If we are rigorously technical, we can say that LED technology does not burn out, at least not like traditional filament bulbs, but that the amount of light emitted begins to gradually reduce.

In addition to lower consumption and a longer lifespan than traditional light bulbs, they have another series of benefits:

– They do not contain mercury. Unlike other types of light bulbs, LED bulbs do not contain mercury, which makes them more environmentally friendly. However, if they are not recycled properly, they can end up being contaminating, since they have chemical and electronic components that do not degrade.
– They are more resistant to impact. They are usually made of plastic materials, unlike the other types of light bulbs, which makes them more resistant to being dropped or any other type of impact.
– Coloured LED lights. There are RGB LEDs that can reproduce any type of colour. In addition, some are programmable, which allows you to create a sequence of colours, or behaviour, and modify their light intensity.

Why do LEDS burn out? – Reasons

The main reasons why LED bulbs end up burning out can be quite varied, there are many factors that come into play, and the most common ones are usually: 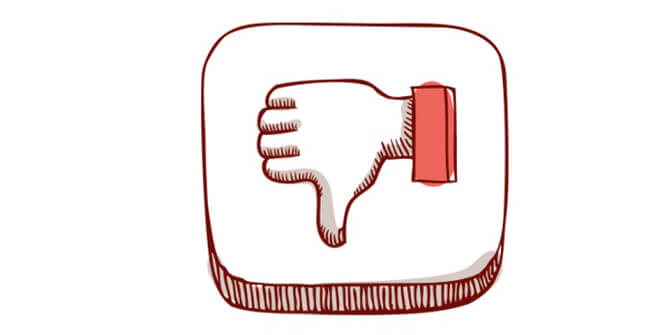 – Overheating. A LED bulb that doesn’t properly dissipate the heat it produces (LED lamps do not emit heat) is doomed to quickly use up its lifespan.
– Mixing LED bulbs with other type of bulbs. Fluorescent bulbs need a high voltage to turn on and this overvoltage can have a negative impact on the LED bulbs that are connected in the same circuit, which will reduce their useful life.
– The product is defective. If you buy the LED bulbs from a reliable supplier, there are usually no problems with the lamp’s manufacturing. When several lights in the home fail, the problem is likely due to poor wiring in the house. It’s not very common for LED bulbs to be defective, unless their origin is questionable.

What is the useful life of a light bulb?

This useful life is calculated statistically, as it is unfeasible to test each and every one of the LED lamps that will go on the market. 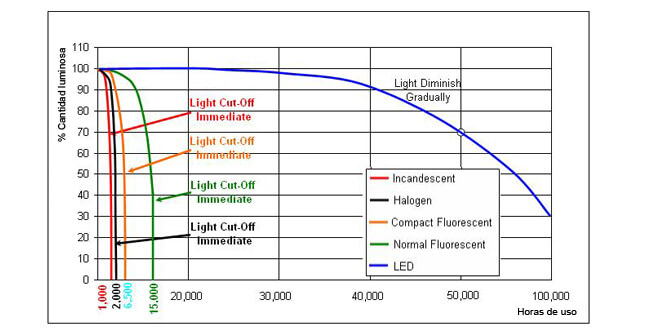 If we take the example of an LED bulb with a 45,000-hour lifespan and with the symbol “L70”, it means that after this period of time, roughly 45,000 hours of use, the product will retain at least 70% of its light intensity. Of course, from this moment on, its performance begins to plummet.